It's with an extremely heavy heart that I share this news with you: La Morenita is permanently closed.

In the early 2000's, I lived down the street from La Morenita in downtown Palo Alto. I ate there nearly every week for years. It's the first place I tried Pozole (it was their special on Mondays) and their Chile Relleno was the standard by which I judged all other Mexican restaurants. I even liked the restaurant enough to write a four-star Yelp review for it back in 2007 (years after I moved out of Palo Alto).

I came upon this news while preparing for a trip from NYC to Silicon Valley for a job interview, and I have to say it was quite a shock. I was relieved to read that the owners, Aurora and Miguel Reveulta, simply decided to retire.

I hope their retirement is filled with as many great memories as I have from their delightful restaurant. I'll miss you, La Morenita. 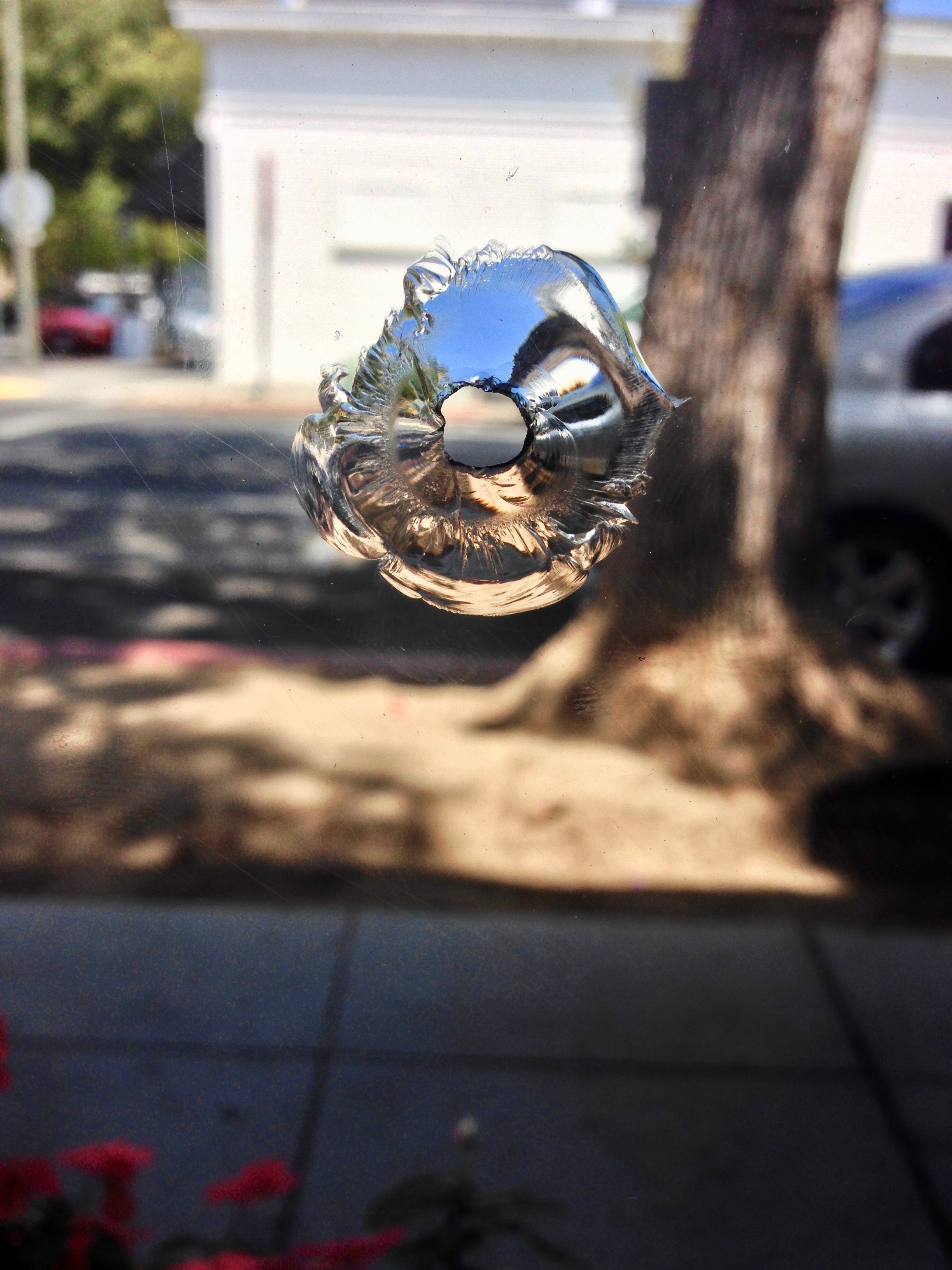 The huge glass windows at La Morenita had a few of these tiny holes. I assume they were created by stones kicked up by passing cars.